Deploy Your Own Bitbucket Runner

Runners allows you to run builds in Pipelines on your own infrastructure, and you won’t be charged for the build minutes used by your self-hosted runners. You can deploy your own runners to save money! (and perhaps get better performance). This tutorial will show you how to deploy a runner to run your repository's pipelines. 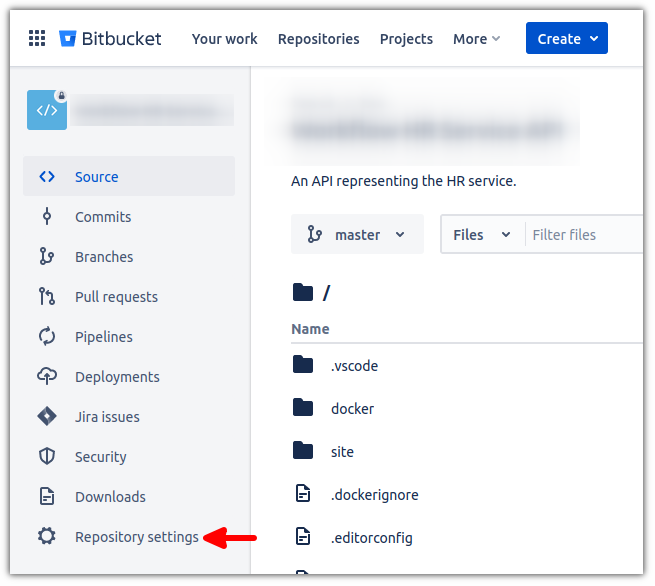 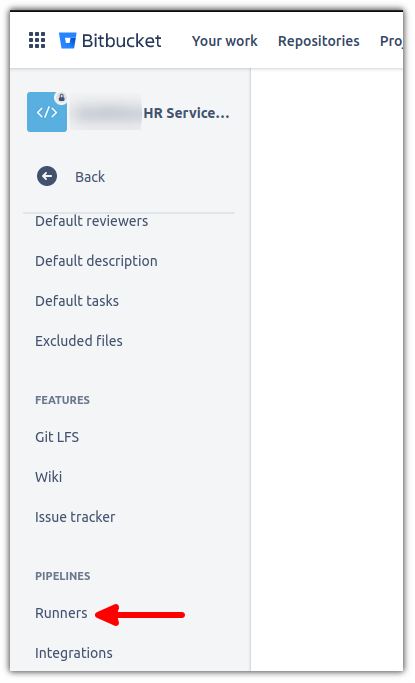 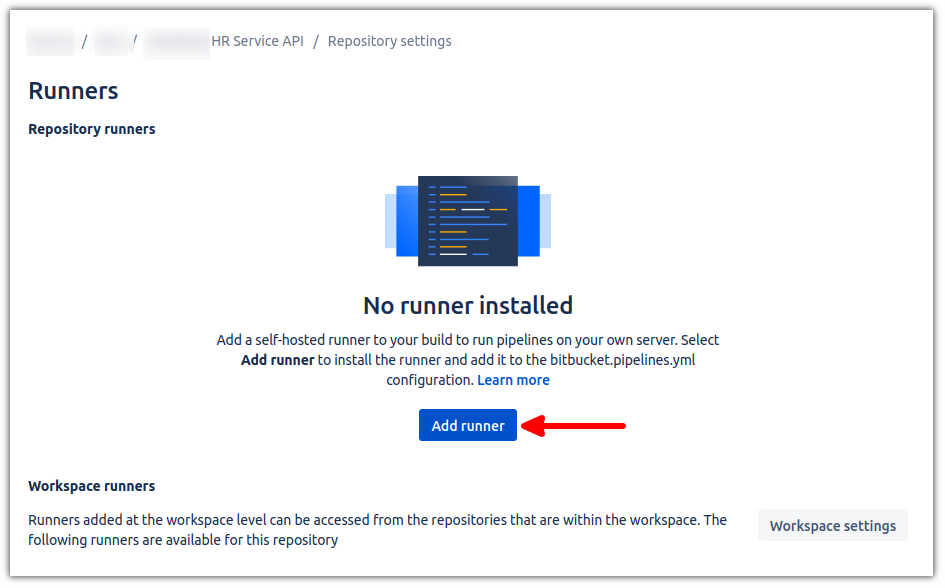 Select your system architecture(1). You will most likely be using Linux Docker (which is what we are using for this tutorial). Then give it a name (2), and consider adding some labels if you wish to be more selective than the defaults of self.hosted, and linux (3). 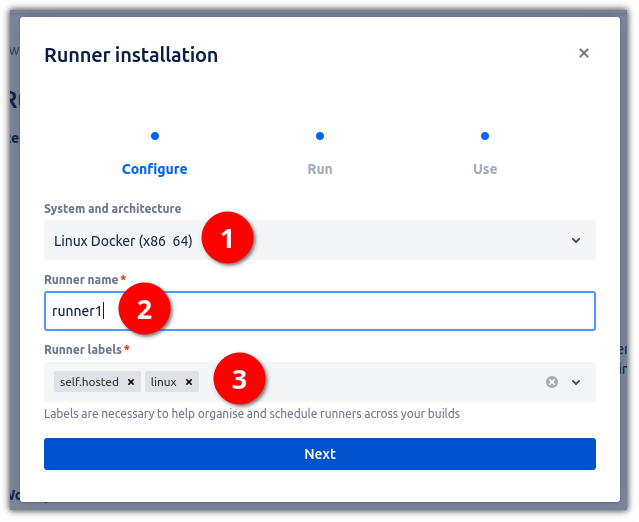 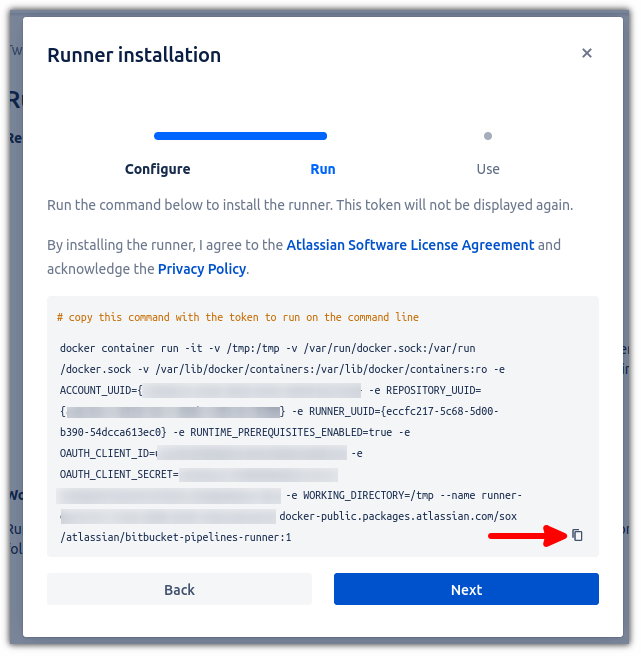 Paste the command into the terminal of your Docker host. This will pull the docker image from Docker hub, and run it with the appropriate settings.

Now press next on the Bitbucket modal, and you will be shown a screen explaining to you that you need to add the runs-on clause to your steps if you wish for them to run on the docker runner you just started. If you don't do this, the pipeline will try to utilize your Bitbucket plan's build minutes. 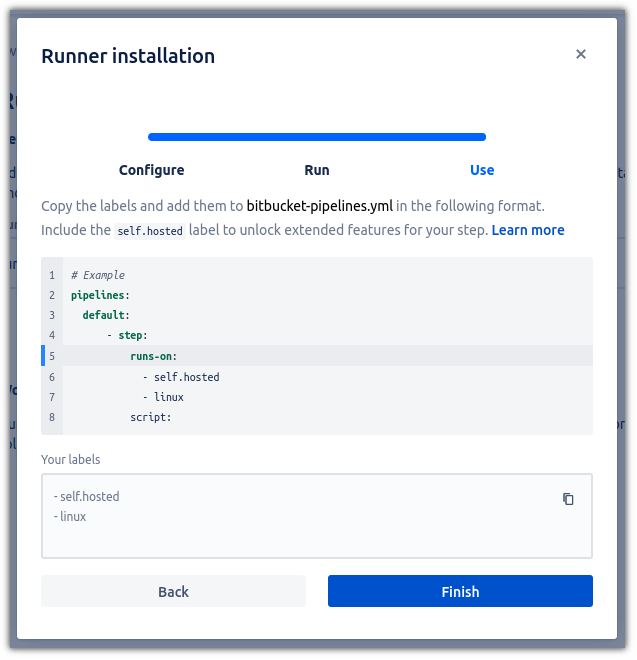 Now if you click next, you will be shown that the runner with the name you entered earlier, has been added to the list of runners. 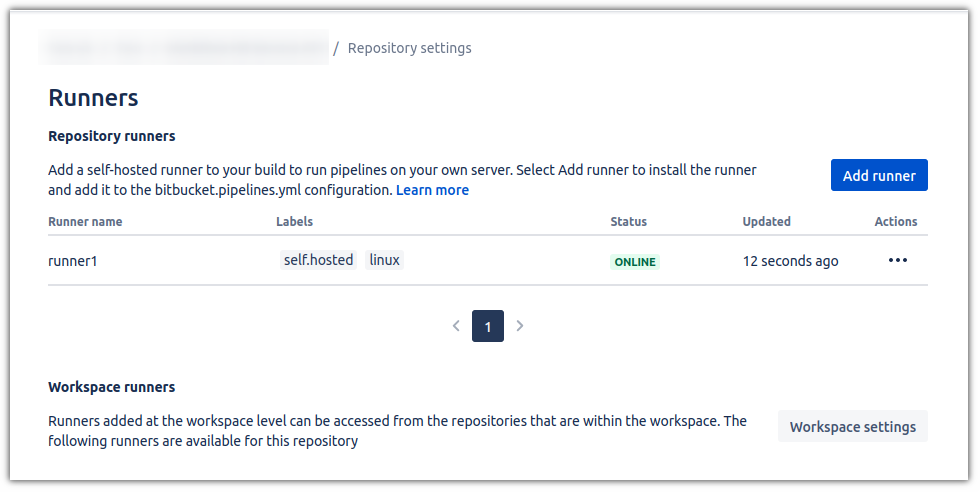 If you ever wish to update the runner, run the following command to pull down the image:

Then remove the existing container before re-deploying.